NIS America have announced that the Extra Curricular Edition of The Legend of Heroes: Trails of Cold Steel 3 (which is itself also included in the Thors Academy Edition) will include the Standard Cosmetic Bundle. 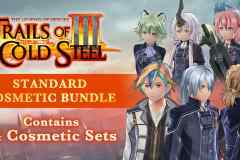 The Legend of Heroes: Trails of Cold Steel 3 (Switch) comes out on June 30th in Europe and North America, and July 7th in Oceania.

Here’s a video message from the developers of Ninjala about the delay:

An important announcement from the Ninjala development team. Due to the global COVID-19 pandemic, we have made the difficult decision to delay the release of Ninjala until June 24, 2020 (PDT). From all of us here at Team Ninjala, we would like to sincerely apologize to everyone who has been looking forward to the game’s release, and we truly appreciate your patience and understanding in this matter.

Ninjala (Switch – eShop) comes out on June 24th in Europe and North America, and June 25th in Japan.

Metalhead Software have revealed the upcoming major new online mode coming to Super Mega Baseball 3 after launch: Custom Pennance Race. It will be released as part of a free post-launch update in early Summer.

Here’s a trailer and some details for that mode:

Custom Pennant Race mode builds upon the existing Pennant Race mode by allowing players to organize a private cross-platform Pennant Race and invite their friends to participate (up to 32 total players). The mode will allow custom settings for competitive or casual play, including the duration of the Pennant Race, innings per game, and more. This mode will release as a free post-launch update in early Summer 2020.

Super Mega Baseball 3 (Switch – eShop) comes out on May 13th in Europe and North America.

RetroMania Wrestling (Switch) comes out in July in Europe and North America.

Burgos Games have announced a game for the Nintendo Switch: Neko Ghost, Jump!, a 2D/3D puzzle platformer. Its Kickstarter campaign will go live soon, with the funds to be used to help the developers finish the game.

Here’s a trailer, some details, the list of key features, and a key artwork for the game:

Neko Ghost, Jump! is a 2D/3D puzzle-platformer where you not only switch between 2D & 3D camera perspectives but also between your physical & ghost forms to solve puzzles, combat enemies, and clear levels faster. With hundreds of customization options available and leaderboards in every level, it’s sure to keep players busy however they choose to spend their time in the game. 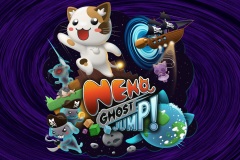 Neko Ghost, Jump! (Switch – eShop) does not have a release date yet. The Upcoming Games page has been updated!

Slayin 2 was released yesterday (May 7th) worldwide, and if you’re enjoying its soundtrack, you’re in luck: it’s now available on Bandcamp! Click here to give a listen and/or purchase the album, composed by Matt Creamer (who previously worked on Shakedown Hawaii)! 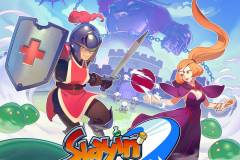 A new event has been announced for Brawlhalla: starting on Monday, Brawl of the Week game modes will be rotate every day. And if you complete each Daily Brawl of the Week mission, you can get 300 Gold for each rotation (and up to 2 100 Gold). 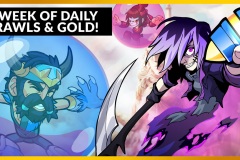