Kalypso Media have announced that Port Royale 4 will be released on May 28th in Europe and North America.

Those maritime magnates interested in a more action-focused experience can opt to attack rival nations, targeting their fleets and settlements while keeping a keen eye for pirates and other privateers who might be looking to do the same. Those looking to start their own colony can also succeed from their parent nation (France, Spain, England or the Netherlands) and choose a new name for their sovereignty, update their flag to something more their speed, and even take part in a heated war with their former ruler.

In Port Royale 4 for Nintendo Switch™, set sail and join the colonial powers of Spain, England, France and the Netherlands in their fight for supremacy of the Caribbean in the 17th century. Take control of a colony as a young and ambitious governor and learn what it takes to manage and grow a small settlement into a bustling trader city.

Develop production chains connecting multiple islands and create complex trade routes across the Caribbean, covering the ever-growing needs of multiple cities. Make use of the detailed sea map to avoid stormy weather regions, cliffs or shallow waters. Fulfil tasks for your nation’s viceroy, earning more fame to unlock town buildings, ships and more. Conquer the cities of rival nations or hunt down their fleets with a letter of marque while also keeping a keen eye out for pirates and other privateers.

Introducing: naval battles! For the first time in series’ history, combat encounters are turn-based, with up to 8 ships battling at once. Turn the tide with tactical captain manoeuvres to ensure a glorious victory each and every fight.

Port Royale 4 (Switch) comes out on May 28th in Europe and North America.

Mojang Studios have announced that even more content for Minecraft Dungeons will be released on May 26th. As usual, there will be both a piece of paid DLC AND some free content via the latest Software update:

Dive into a new Minecraft Dungeons adventure just in time for summer! This won’t be your average day at the beach though. You’ll have to fight a spreading corruption that has reached the darkest depths of the ocean! Hey, it wouldn’t be Minecraft Dungeons if it were easy, right?

Not only are there new enchantments and breathtaking new levels, but there is also a brand-new feature called Raid Captains. Raid Captains are friendly tour guides that… wait, that’s not right. They’re super challenging new enemies that will change the way you play the game. That makes a lot more sense. Seek out Raid Captains where they lurk in the hidden corners of the world to add a new level of challenge (and new treasures) to your missions. 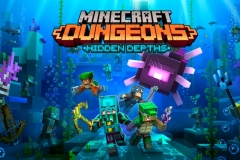 Forever Entertainment have announced that Rise Eterna will be released on May 13th in Europe and North America.

JanduSoft have announced their latest game for the Nintendo Switch: Exodemon, a retro FPS developed by Kuupu. It will be released on May 13th worldwide (with eastasiasoft publishing in Japan), and it will cost 12.99€ / $12.99. The Japanese version will offer an English language option.

You must make your way through maze-like levels, destroying hordes of enemies with your monstrous abilities. Combining the destructive power of your symbiotic claws with a fast, sharp and fluid movement, you’ll become an indestructible alien killing machine.

In Exodemon you play as a scientist in the edge of the universe who was infected by an alien entity. The symbiotic force is trying to take control, but you may find a way to control the beast on the confederation laboratories.

Resist the infection and blaze through various locations to reach the last escape pod before you lose what’s left of your humanity. 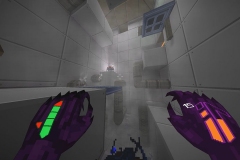 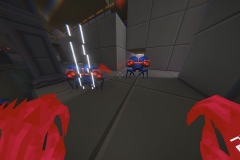 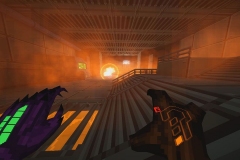 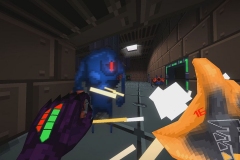 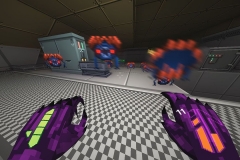 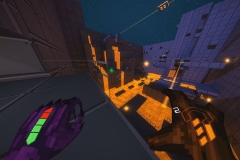 Exodemon (Switch – eShop) comes out on May 13th worldwide.

Here’s the latest videos for Tantei Bokumetsu, with:

Microids have announced their latest game for the Nintendo Switch as part of their Microids Life range: Réussir : Galops 1 à 7. It’s a game for those who want to train for the official horse riding diploma. It covers levels 1 to 7 of the general diploma. It will be released on June 24th in Europe. 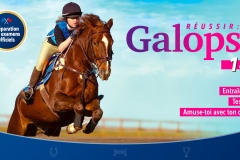