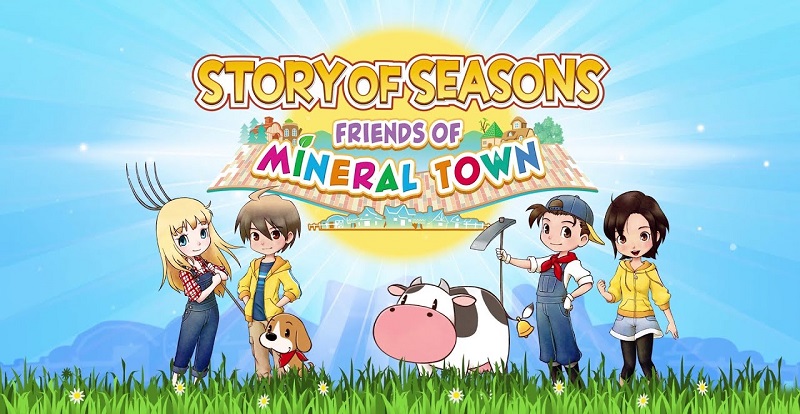 XSEED have announced that Story of Seasons: Friends of Mineral Town will be released this Summer in North America. Unlike Europe, no exact release date was provided, but it’s pretty much guaranteed to be July 7th. They have also announced that pre-orders at select retailers will come with a pocket plushie based on the in-game animal, Strawberry Hanako.

Here’s another trailer and some more details about the game:

STORY OF SEASONS: Friends of Mineral Town is a long-awaited return to one of the most beloved entries in the original farm/life simulation franchise, known in Japan as Bokujo Monogatari. Originally released for the Nintendo Game Boy Advance in 2003, STORY OF SEASONS: Friends of Mineral Town is the first mainline title to be released in the series for the Nintendo Switch™ platform and will launch with an abundance of new content. In this complete remake, veterans will be able to enjoy a return to a wonderful world with updated systems and character designs along with a completely new translation. Newcomers to the series will discover the compelling farming gameplay and complex characters that made this series the standard in the genre.

Summoned by Mayor Thomas to visit the farm once owned by their late grandfather, a young city-slicker returns to Mineral Town to find the once lush farmland has fallen into disrepair. Memories of idyllic summers spent in Mineral Town come rushing back and they immediately pick up their tools, vowing to restore the fields to their former glory. In their new hometown, they’ll tend the land and become part of the bustling rural community. Along the way to becoming a world class farmer, they’ll befriend townsfolk and, perhaps, even find romance.

STORY OF SEASONS: Friends of Mineral Town is a complete remake, re-envisioning the charming and occasionally mysterious world of Mineral Town with updated gameplay, graphics, and characters for the modern day. Core features of the STORY OF SEASONS series also make their return, with multi-floor mining and fan-favorite events like horse racing.

Returning the series to the simulation style that put it on the map, Friends of Mineral Town features detailed farm management by individual squares of land, while also introducing smooth, modernized controls to make managing tools and items fun and easy. Once the crops and livestock are tended to, players can spend their days catching fish in the river, mining for ore, or taking a relaxing break in the hot spring.

Seasons bring new events and Mineral Town is chock full of them! Local festivities bring townsfolk together, giving more opportunities to build relationships during events including animal contests, pet fetch competitions, mochi making, and more. Mineral Town is jam-packed with interesting characters to meet, befriend, and even romance. Learn their stories, help them in their times of need, and become an integral part of this lovely community.

Story of Seasons: Friends of Mineral Town (Switch) comes out on July 10th in Europe, and this Summer in North America.

Here’s the latest character profile for Brigandine: The Legend of Runersia, introducing Sid from the Shinobi Tribe (voiced by Wataru Hatano): 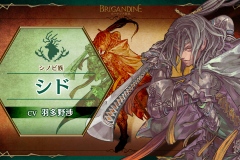 This elite warrior is a member of the mercenary troop led by Yose. He has survived countless scenes of carnage thanks to his mastery of the sword and an excellent sense of smell. For some reason, he has developed a standoffish nature and a hatred of women. Nevertheless, there are certain principles Sid adheres firmly to despite the harsh environment he has survived. He may have only met Rei shortly before her firm resolve led to her death, but he has decided to fight alongside the Shinobi Tribe in order to repay his debt of obligation to her.

PM Studios have announced that the retail release for Ministry of Broadcast has been delayed to May 26th, about one month later than initially planned (April 28th). As for the digital release, it’s been set to April 28th in Europe and North America.

Also, PM Studios have announced that all pre-orders for retail copies in North America will include a customised Steelbook and a special collectible box.

Ministry of Broadcast (Switch) comes out on the Nintendo eShop on April 28th in Europe and North America, with the retail release following on May 26th in North America, and May in Europe.