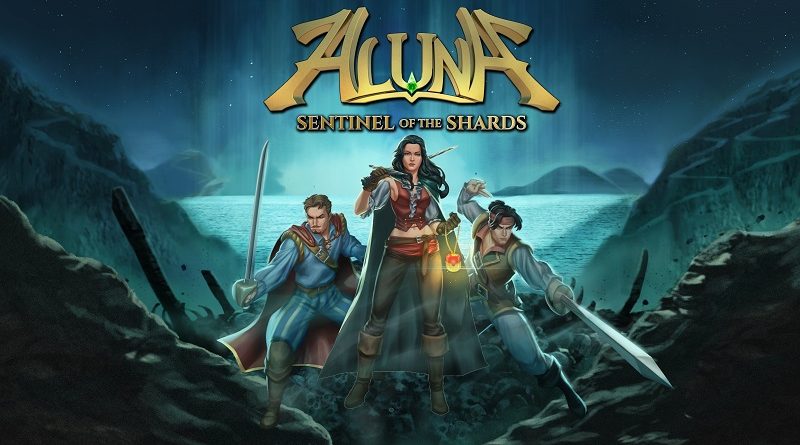 Today’s Daily news: Behind the Scenes video for Aluna: Sentinel of the Shards, but also…

Aluna: Sentinel of the Shards

Here’s a Behind the Scenes video for Aluna: Sentinel of the Shards, along with some more details and screenshots:

Aluna: Sentinel of the Shards stars comic book creator and actress Paula Garces (Harold & Kumar series, On My Block, Clockstoppers, The Shield) as Incan demigod Aluna as she embarks upon a quest to understand the mysterious fate bestowed upon her.

Created by Paula Garces and Antonio Hernandez in response to the underrepresentation of both Latin and female superheroes in the entertainment industry, Aluna went on to become a cult hit and is currently starring in the ongoing comic book saga, The World of Aluna, written by Assassin’s Creed and Batman: Arkham Origins scribes Ryan Galletta, Dooma Wendschuch, and Corey May. Aluna further made a name for herself in video games after becoming a playable character in S2 Games’ popular MOBA Heroes of Newerth, where she was played by Paula Garces herself.

Developed by Digiart Interactive and  N-Fusion Interactive, Aluna: Sentinel of the Shards is a retro throwback to the classic action-RPGS of yore. A rip-roaring romp through Inca lore, Aluna: Sentinel of the Shards features mythological gods, beasts, and tales that formed the backbone of 16th century Colombian culture. Venture from the Sanctuary seaside cliffs through the massive jungles of the New World, all the way to Nagaric’s Temple in the Volcanic Canyons in this pulpy period adventure.

Aluna: Sentinel of the Shards follows the exploits of Aluna, the warrior daughter of a Spanish conquistador and South American nature goddess Pachamama. Raised in early 16th century Spain, Aluna escaped to the New World only to realize it was her true homeland. Aluna: Sentinel of the Shards sets our heroine on a quest through Inca mythology as she strives to restore the amulet her goddess mother entrusted to her… and fulfill her true destiny. 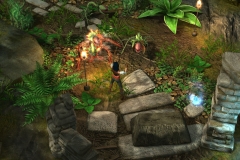 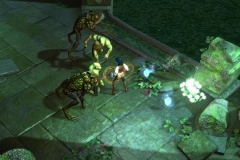 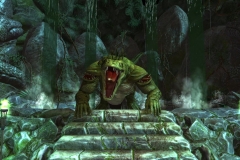 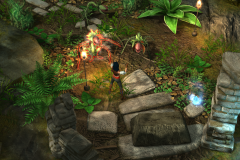 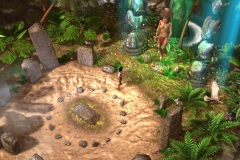 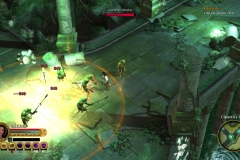 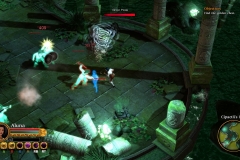 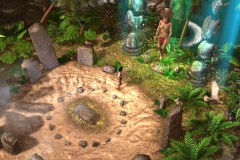 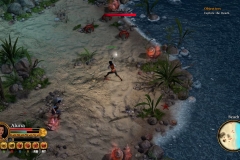 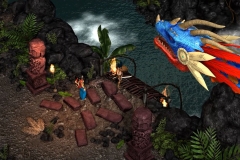 Aluna: Sentinel of the Shards (Switch – eShop) does not have a release date yet.

Baltoro Games have announced that Knights & Guns has been delayed to Q2 2021, in order for the developers to add a few more levels to the game. It was previously slated for a Q1 2021 release.

Knights & Guns brings you to a dangerous world where you will fight, alongside your friend, against demons, ghouls & ghosts. Use shotguns, lasers and the power of chivalry to overcome every obstacle. Become the best version of a knight – one with a gun. 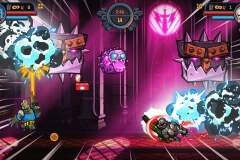 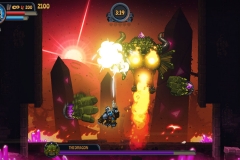 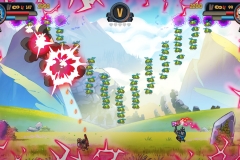 Playism have announced that they will release Manifold Garden in Japan on May 20th. It will be available at retail, with a limited edition that includes a soundtrack CD (29 tracks) and some masking tape. 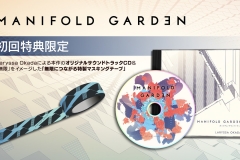 Manifold Garden (Switch) comes out on May 20th in Japan.

Here’s a short video and some details:

Grab your putts and head to the green with your friends is our brand new Divot Derby multiplayer game mode for PGA TOUR® 2K21. Up to 16 players compete in a slick, shoot-out style competition with single-elimination knockouts. Time is of the essence and the pressure is on, as players fight to the finish on every hole.