The Kickstarter campaign for Curse of the Sea Rats, an “epic hand-drawn ratoidvania” developed by Petoons Studio, is now live. The base goal is at $16 690, with $8 237 pledged as of writing. The developers do have some stretchgoals prepared, but they will only be revealed at a later date.

Click here to check out the Kickstarter page, which offers tons of details and pictures for the game!

CFK have shared some details about QV:

QV (for Nintendo Switch) tells the story of a girl named Quby who is destined to protect the balance and harmony between worlds and dimensions. In the game, she explores ruins of the old worlds and uncovers secrets hidden in the ancient sites. Players will journey with Quby across dimensions and find what mysteries the ruins have in store for them. Aside from various enemies, Quby has to make her way through traps, puzzles, and golems guarding the altar. It is her power to control dimensions that will be of great use when she explores the ruins. With her power, Quby can create portals, walk on water, and do many other amazing things.

The two main characters of the game re:

Here’s the launch trailer for Liberated, now available in Europe and North America:

This week, Kowloon Youma Gakuenki Origin of Adventure will be featured in the latest issue of Famitsu magazine. 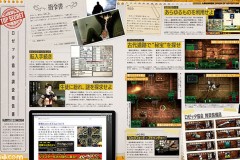 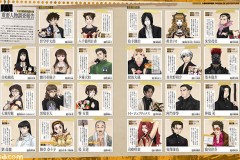