Here’s the latest set of screenshots for Kill la Kill -IF-, showcasing some of the alt. costumes: 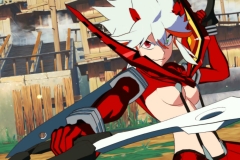 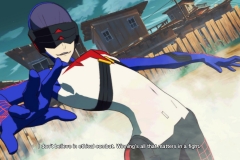 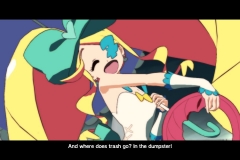 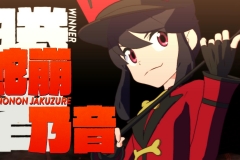 As part of the ongoing Radical Summer event, Rocket League is getting a new Premium DLC Car Pack: Knight Rider. It costs $1.99, and includes the following: 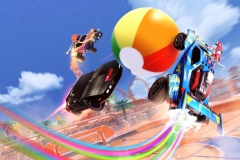 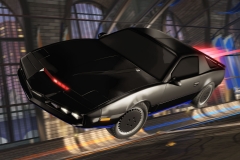 Also, items from DreamWorks Voltron Legendary Defender and WWE are headed to the event store.

If you missed any event items, don’t worry: the event store from all 3 phases will open on August 12th for a “Last Chance” redemption period.

Capcom have announced that Resident Evil 4 is getting a physical release in North America via the Resident Evil Triple Pack. It includes Resident Evil 4, Resident Evil 5, and Resident Evil 6 in a single package, but only the first game is on a cart (the other two are included as Download Codes). This pack will be released on October 29th, and will cost $59.99. 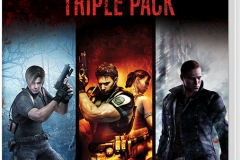 Also, Capcom have confirmed that both Resident Evil 5 and Resident Evil 6 will cost $29.99 when they launch on the Nintendo eShop. Here’s details about both games:

Highly regarded for its co-op gameplay, Resident Evil 5 puts you in the shoes of two B.S.A.A. operatives: Resident Evil veteran Chris Redfield and newcomer Sheva Alomar. These two highly-trained agents will have their training and skills put to the test as they seek to prevent the sale of a bio-organic weapon and uncover a much larger, more sinister plot as a result. Together with your teammate, you’ll tackle a variety of locations across Africa and, thanks to the included Gold Edition content, you’ll even be able to take a trip down memory lane and experience events that unfolded before the events of RE5 as you explore a familiar mansion.

Taking place after the events of RE5, Resident Evil 6 follows various interconnected stories, bringing together fan-favorite characters like Leon S. Kennedy and newcomers such as Helena Harper. Travel the world and play each story solo or with a friend to unravel the full picture behind a sinister conspiracy that threatens the entire world. Resident Evil 6 also includes all previously released DLC, including additional content for the intense, arcade-style Mercenaries mode, and the unique Agent Hunt mode that flips the script and puts you in control of enemies in other player’s campaigns.