Also, Motion Twins have announced that Dead Cells is getting a special physical edition called Prisoner’s Edition, courtesy of Merge Games. It includes the following:

Zen Studios have announced their latest game for the Nintendo Switch: Operencia: The Stolen Sun. It will be released on March 31st in Europe and North America.

Zen Studios’ modern homage to classic first-person dungeon-crawlers takes you to the land of Operencia, an unconventional fantasy world inspired by a faraway land referenced in countless Central European folktales. An old-school turn-based battle system combines with inspiration from unexplored mythology to offer an RPG experience that feels unique yet also familiar.

Operencia: The Stolen Sun breathes new life into the classic first-person, dungeon-crawler genre while also unifying Central European folklore and legends – most of which have never been depicted in video games – into one cohesive and immersive universe.

The land of Operencia is an unconventional fantasy world where history meets legend – a faraway land referenced in countless Central European folktales spanning hundreds of years of oral tradition. For the first time ever, these stories all occur in the context of one single universe. Adding further depth, real-life historical figures populate the game, such as more legendary versions of Attila, King of the Huns, and his wife Réka. Locations vary from common fairytale settings (e.g., castles, tombs and forests) to fantastical versions of storied landmarks anyone can physically visit today.

Zen has gone to great lengths to ensure that everything in Operencia: The Stolen Sun feels familiar to RPG players, yet still modern and unique. Through a classic, tile-based movement system, players explore the far reaches of the land, engaging in strategic turn-based battles at every turn. The quest to free the abducted Sun King, Napkirály – thereby saving Operencia from endless days of night – is rife with malevolent monsters, devious traps, mind-bending puzzles and perhaps even a three-headed dragon…

Operencia: The Stolen Sun (Switch – eShop) comes out on March 31st in Europe and North America. The Upcoming Games page has been updated!

Silver Dollar Games have announced that One Finger Death Punch 2 will be released on February 26th in Europe and North America.

In One Finger Death Punch 2, players take on the role of the chosen one (AKA white stick figure) as they fight through wave after wave of bad guys. Using their advanced martial arts techniques, various weapons, deadly skills, and surroundings, players can fight their way across over 400 levels, 15 level types, 4 endless survival modes, and two gauntlet run game modes all while helping the chosen one learn a total of 26 new skills. 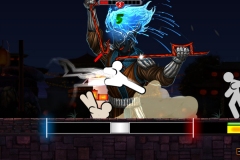 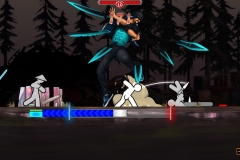 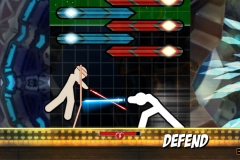 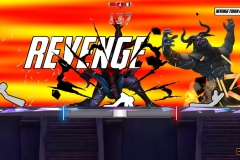 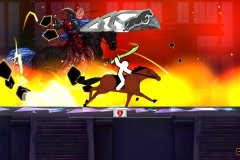 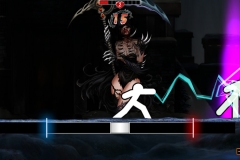 One Finger Death Punch 2 (Switch – eShop) comes out on February 26th in Europe and North America. The Upcoming Games page has been updated!

Here’s the latest video for Liberated:

Publisher Walkabout Games have released nine minutes of brand new direct feed gameplay of the game. In this footage, you’ll see the main character Barry Edwards being taken to the headquarters of the mysterious insurgent group “Liberated” after being intercepted by one of its members. The video shows off the seamless transitions between storytelling and gameplay, as told through Barry’s first infiltration mission, including some precision shooting and an exciting driving segment.

Liberated is set in a near-future, tech-noir society slipping into the throes of authoritarianism. Powered by corporations and enabled by new technology, join the fight against state-driven misinformation. As government surveillance and weaponised personal data have painted the world in shades of grey, knowing where to draw the line between revolution and terrorism has never been more paramount.

Liberated (Switch – eShop) comes out later this year in Europe and North America.