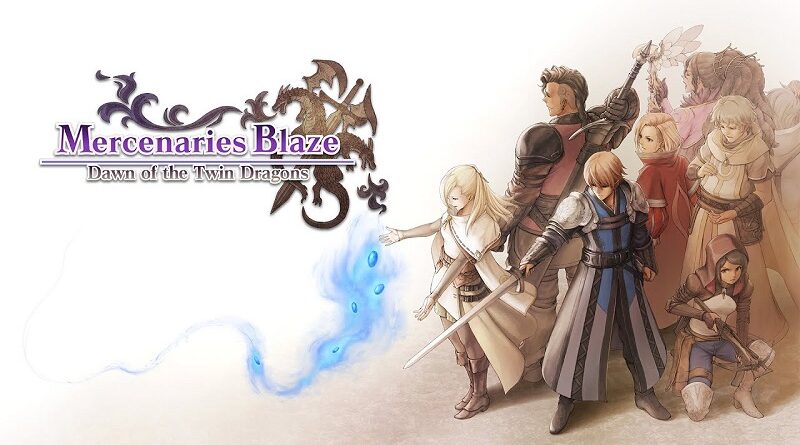 Here’s some more details and the list of key features for Mercenaries Blaze: Dawn of the Twin Dragons:

Mercenaries Blaze: Dawn of the Twin Dragons features a lengthy campaign with gameplay depth and a fascinating story. Grow with your team by clearing strategic turn-based battles, with many optional missions and details to consider – which class will you upgrade for each character, and what equipment or skills will you prioritise?

Developer Rideon’s highly-regarded turn-based strategy battles are carried out from an isometric viewpoint, and are characterized by increased versatility as you position characters not just in terms of elevation and enemies, but also to maximise attacks and defence depending on the direction you face. Varied weapons and skills are all tools that need to be utilised smartly for the best results, with character classes being integral to the player’s strategy.

New to the series for Mercenaries Blaze: Dawn of the Twin Dragons are fully 3D Battle Maps, along with improved visuals and audio. Character designs are from Mr. Masayoshi Nishimura, with the varied cast telling an exciting and surprising story.

Mercenaries Blaze: Dawn of the Twin Dragons (Switch – eShop) comes out on December 17th in Europe and North America.

Motion Twin have announed that even more content for Dead Cells is on the way. Next up is Fatal Falls, paid DLC to be released in early 2021 (price: $4.99).

The Fatal Falls DLC brings two extra mid-game areas, continuing the Beheaded’s journey outside the castle. Complete with a new boss just minding their own business until you drop in to say hello…

Here’s the video showcasing the latest set of DLC for Fuser, out on December 3rd in Europe and North America:

Niantic have announced yet another event for Pokémon GO, in order to celebrate the arrival of Pokémon from the Kalos region. It will take place from December 2nd to December 8th, and will feature the following: 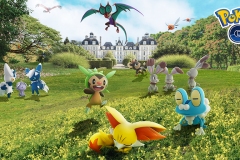