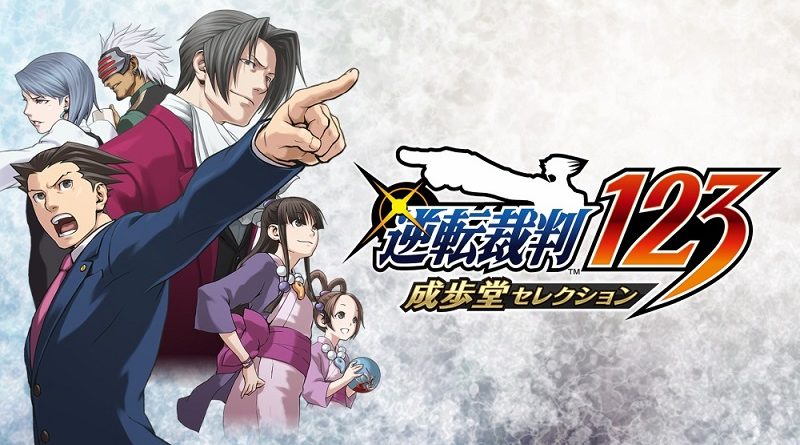 Starting today, Phoenix Wright: Ace Attorney Trilogy is available for pre-purchase on the Nintendo eShop in Japan. It costs 3 300 Yen, and requires 1.7GB of free space. As announced back at the Tokyo Game Show 2018, in September, this version will offer both Japanese and English as language options (because this is most definitely the very same version that will be released in Europe and North America).

Phoenix Wright: Ace Attorney Trilogy (Switch) comes out on February 21st in Japan, and this Winter in Europe and North America.

Soedesco has announced that Xenon Racer will be released on March 26th “worldwide”, at retail and on the Nintendo eShop. Here’s the latest trailer for the game, along with some details:

In the year 2030, the first flying cars have been invented and the World Federation Racing Championship is preparing for a new era of racing with hybrid cars. To give teams time to adjust to this fundamental transition, the Federation issues a season’s pause. Four of the world’s leading hybrid electric car manufacturers get together and decide to bridge this gap by organizing “Xenon”, a once in a lifetime championship for rookie drivers to help test the new technology with car prototypes running on a combination of electricity and Xenon gas.

The Federation does not approve of this rogue championship and their missing endorsement means that the usual international race tracks cannot be used. Therefore, the gravity defying racing action takes place in the bustling streets of cities worldwide, such as Shanghai in China and Miami in the USA. There are also races at more serene places; the Cote d’Azur in France and Lake Louise in Canada. All of these locations are displayed in the new trailer.

Xenon Racer (Switch) comes out on March 26th worldwide. The Upcoming Games page has been updated!

With how late this game was released in Japan (November 29th), a localisation was far from guaranteed. After all, releasing a Nintendo 3DS game in 2019 is something no publisher not called Nintendo would dare, but it looks like Atlus and SEGA think it’s a worthwile venture.

No doubt a proper announcement will be made pretty soon, within the next few weeks!

Here’s the latest video for The Caligula Effect: Overdose:

Sword Art Online: Hollow Realization Deluxe Edition (Switch) comes out on April 25th in Japan, and this Spring in Europe and North America.

Aragami: Shadow Edition (Switch) comes out this Winter in Europe and North America.

The latest set of DLC for WorldNeverland – Elnea Kingdom is releasing today worldwide: