Last week, the latest episode of The Engine Room (Image & Form’s webshow about all things SteamWorld) went live. As expected, this new episode is about the freshly announced SteamWorld Quest: Hand of Gilgamech!

Hi everyone! We’re back with a new, HUGE episode of The Engine Room about all things SteamWorld Quest! We talk about its history, show more of the gameplay from the debut trailer, talk in-game details and top it all off with a chance for you to win SteamWorld Quest for Nintendo Switch! We hope the wait’s been worth it. We’ve missed doing this, for sure!

7:50 – The history of SteamWorld Quest

Here’s the latest video clip for Aragami: Shadow Edition, which comes out next week in Europe and North America:

Last week, Cowcat announced their latest game for the Nintendo Switch: Riddled Corpses EX, a remaster of an old school twin-stick shooter by Diabolical Mind. It will be released on March 2nd, though it’s already available for pre-purchase for 9.99€ / $9.99 on the Nintendo eShop.

Riddled Corpses EX is a twin-stick shooter reminiscent of 80/90’s arcade games with fast action and fun gameplay. This is a remaster by COWCAT of Diabolical Mind’s first game exclusively for consoles.

Riddled Corpses EX (Switch – eShop) comes out on March 2nd in Europe and North America. The Upcoming Games page has been updated!

Here’s the latest set of screenshots for RICO: 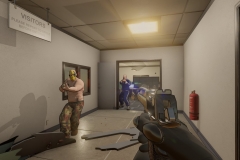 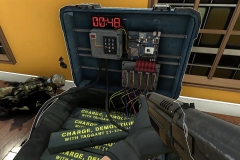 Sneaky Ninja (Switch, Wii U – eShop) comes out later this year in Europe and North America.

Here’s all the recordings of the Super Smash Bros. Ultimate North America Open 2019, which took place last week and were livestreamed on Nintendo’s YouTube Channel: