Here’s pictures of Kirby lace bracelets, launching on May 25th in Japan (they cost 1 080 Yen each):

The Bunker is a “live action psychological horror starring Adam Brown (The Hobbit trilogy) and Sarah Greene (Penny Dreadful, Assassin’s Creed 3) with a story written and developed by gaming talent behind Broken Sword, The Witcher, and SOMA.”.

In this game, you discover the story of the last survivor of a nuclear attack that completely wiped out England. As you can imagine, the bunker he lives in holds many secret, and John will have to confront both his suppressed memories and the horrors hidden deep underground.

Wales Interactive (which is one of the studios working on the game, along with Splendy Interactive, Green Man Gaming, and All 4 Games) told NintendoLife that they would love to bring the game to Nintendo platforms, but that they couldn’t confirm any platform right now.

Despite launching last month, Dragon Quest Monsters Joker 3 will once again be showcased in Famitsu magazine this week. There will be an article with a guide for players looking to become the best monster masters. 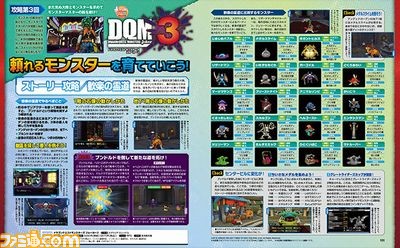 Here’s some commercials for 12-sai: Honto no Kimochi and Sousaku Alice to Ouji-sama, on Nintendo 3DS:

Talking of Fire Emblem, a fan in the United States had quite the surprise last week, when a question about Fire Emblem was asked during a National Academic Quiz Tournament. You can read the full story by clicking here!