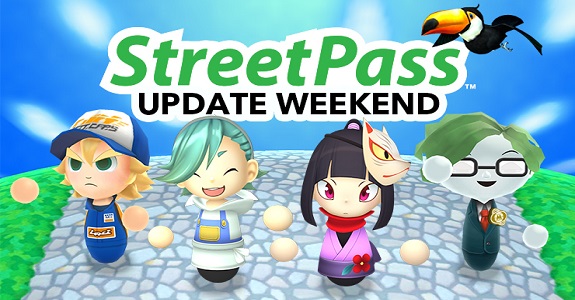 Yesterday, following the latest Nintendo 3DS Direct presentation, Nintendo released an update and some new games for the StreetPass Mii Plaza. To celebrate, Nintendo launched the StreetPass Update Week-End in North America, which is running until September 5th. This is the perfect opportunity to get plenty of StreetPass tag to use with the latest games, so make sure to drop by a Nintendo Zone hotspot!

Here’s another gameplay video for the Nintendo 3DS version of Corpse Party, releasing later this year in Europe and North America:

Remember the US Nintendo 64DD prototype that was recently found? If yes, you might want to check the video below, where MetalJesusRocks and Toky from Hard4Games investigate the contents of the mysterious blue dev disks…

If you’re a fan of Metroid Prime, Mark Pacini is a name you should be familiar with: he was Director, after all! Today, Game Informer uploaded a video interview with the man, covering vairous topics: his career in the game industry, what it was like to direct the Metroid Prime trilogy at Retro Studios, the development of Batman: Arkham Origins Blackgate, and more.

In order to celebrate its 10th Anniversary, Teyon has announced a special sale for the Nintendo eShop, with several Nintendo 3DS and Wii U games getting a 50% discount from September 8th to September 25th.

Here’s the list of games which will be on sale:

Naturally, our Nintendo eShop Sales page has been updated with that new sale!

Here’s the official recording of the Sonic Boom: Fire & Ice segment from the latest episode of SEGA Nama: