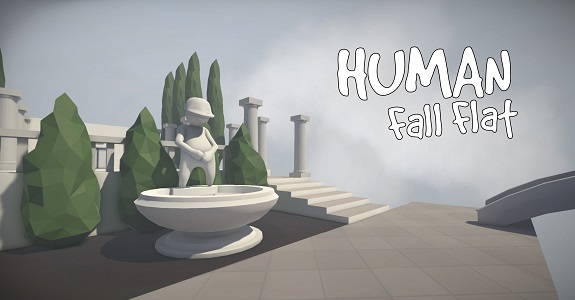 Today, Curve Digital announced that the popular Human: Fall Flat will get a Software update on August 28th. It will add 8-player online multiplayer to the game, that originally debuted on Steam last October. Players will be able to create their own lobbies, and invite up to 7 friends to join them for epic wobbling mayhem.

The press release reveals that it’s Sumo Digital that has been tasked with bringing the feature (which has been a big hit with PC players).

First released on PlayStation consoles back in 2014, Velocity 2X is now headed to the Nintendo Switch this August. It will be the very first time a game in the Velocity series is released on a Nintendo platform.

Velocity 2X offers an ” inventive blend of pulse-pounding 2D action platforming and fast-paced vertical-scrolling shmup action”. Here’s what the game is all about:

A direct successor to Velocity, Velocity®2X follows the story of Lt. Kai Tana, a brave pilot who has found herself stranded a long way from home after getting sucked through a black hole. Discovered and experimented on by an evil alien race called the Vokh, Kai Tana has recently escaped with her “Quarp Jet” and must outrun her captors.

Velocity 2X (Switch – eShop) comes out this August in Europe and North America. The Upcoming Games page has been updated!

Manuel Samuel is a comedy game from Perfectly Paranormal, that allows you to follow the story of an arrogant trust-fundee who makes a deal with Death following a fatal car accident. Samuel (that’s his name) is given just one last shot at life, but only if he can make it through a single day having to manually manageeven the most instinctive tasks (that’s where the “manual” in the title comes from).

Basically, you have to manually control every single thing: Samuel’s walking… but also blinking, exhaling, inhaling, and more… The very kind of things you usually do without even thinking about it!

Players will have to manually control Samuel’s walking, blinking, exhaling, and inhaling if they’re to guide this hilariously helpless human through an exciting day of getting dressed, drinking coffee, going to work, and navigating whatever hijinks ensue for a person incapable of peeing without the deepest of concentration and ninja-like reflexes.

Manuel Samuel (Switch – eShop) comes out this August in Europe and North America. The Upcoming Games page has been updated!