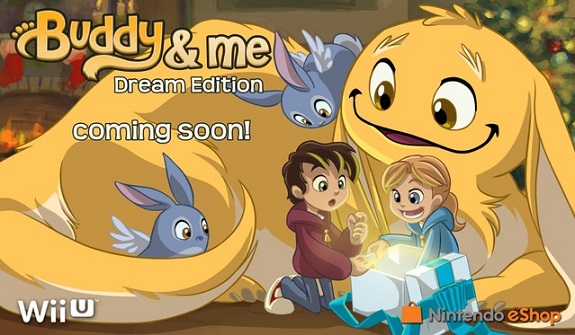 A few days ago, the developers of Buddy & Me teased a possible Wii U version for the game, and today, they confirmed that such a version was indeed in the works. Now that the game is running on Unity (an engine supported on Wii U, and available for free to all developers), Sunbreak Games decided to make a gift to Nintendo fans, who never forgot about the game (despite the Kickstarter campaign missing the Wii U stretchgoal).

But the developers want to do more for this Dream Edition (which may very well be the last one), and want to add additional features to the game (including some that were cut from the final game for various reasons).

Right now, the game is already running on Wii U devkits, and the team is currently working on polishing the game and getting rid of pesky bugs. It should be released sometime in Spring in Europe and North America. Kickstarter backers who pledged money in order to fund the Wii U version will even get a complimentary download code for it.

Click here to read more details about the Dream Edition of Buddy & Me!