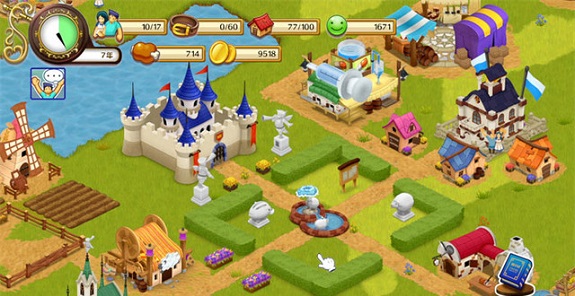 The first one is a game from the BlazBlue series. Unfortunately, we know absolutely nothing about it: is it a new game? A port? An enhanced port? A remake? A spin-off? We will have to wait before finding out!

The second game is an enhanced port of Frontier Day Founding Pioneers, originally released on Nintendo 3DS (and which was quite successful in Japan). This version will feature various new elements, such as more buildings and animals for your town, and it looks like you will be able to walk around with a pet.

Both titles have only been announced for Japan so far, but it’s likely both will make it outside Japan. Aksys Games has been localising most entries in the series (with some exceptions, such as spin-off titles), so it’s likely they will also bring whichever title end up on Nintendo Switch.

As for Frontier Day Founding Pioneers, Circle Ent. is currently working on bringing the Nintendo 3DS version to Europe and North America, and it’s likely they will do the same with the Nintendo Switch version later down the line.

Both titles have been added to the Upcoming Releases page!