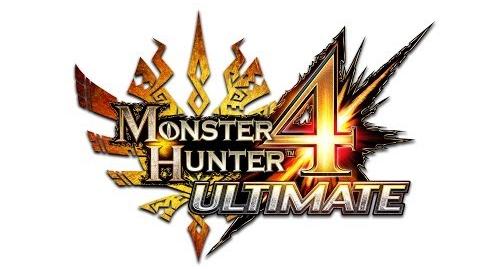 Yesterday, Monster Hunter 4 Ultimate celebrated its first anniversary in Europe and North America (just like the New Nintendo 3DS). Yesterday, VentureBeat put up an article about how the Monster Hunter was finally able to find sucess in the United States (and the West as a whole): you can click here to read it!

The article largely focuses on the localisation process, which was quite lengthy: after all, Monster Hunter 4 Ultimate may be an action game, it still has pretty much as much text as your average Ace Attorney game. The article also talk about everything the developers did to make the game more accessible to newcomers.

Here’s the English trailer for Skull Kid in Hyrule Warriors Legends, which is exactly the same as the Japanese one:

Last month, we learned that Musicverse: Electronic Keyboard would come out in February in Japan. Then it was revealed that it would be a worldwide release, with Europe and North America also getting the game. And it turns out that the game should be released on February 18th in North America: it wouldn’t be surprising if the date was the same for Europe and Japan, but we will have to wait a bit more before finding out.