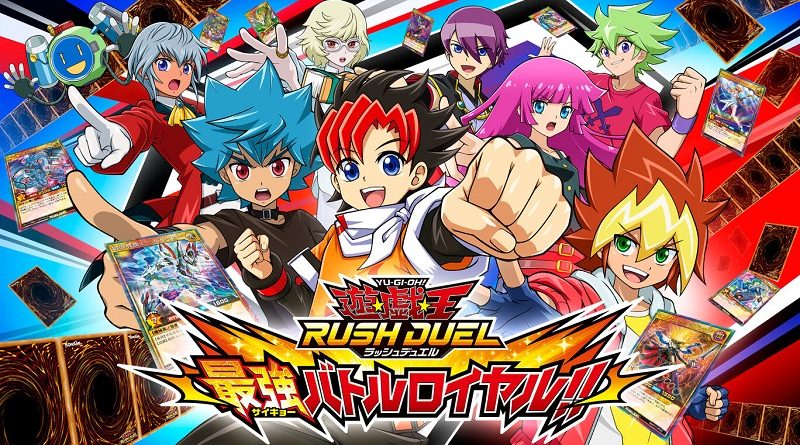 During the Yu-Gi-Oh! Digital Next presentation on Tuesday, Konami shared some details about what’s next for the Yu-Gi-Oh! series when it comes to video games. A couple of announcements were made for the Nintendo Switch, with one brand new game and one localisation!

If you missed the presentation, no problem: you can check out the full recording on YouTube!

First, Konami announced that Yu-Gi-Oh Rush Duel Saikyou Battle Royale!! will be released this Fall in Europe and North America. This game is based on the latest Yu-Gi-Oh! anime series, with the very latest Rush Duel rules.

The second announcement is a brand new game, called Yu-Gi-Oh! Master Duel. Unlike past games, this one is not based on one of the many Yu-Gi-Oh! anime series, and is a pure OCG/TCG game. It will use the Master Rules, and will feature a handy tutorial for newcomers to learn them. It will be released on pretty much all major platforms (including Nintendo Switch).

Yu-Gi-Oh Rush Duel Saikyou Battle Royale!! (Switch) comes out on August 12th in Japan. No release date for Europe and North America yet, but it’s slated for a Fall release in those regions.
Yu-Gi-Oh! Master Duel (Switch) does not have a release date yet.