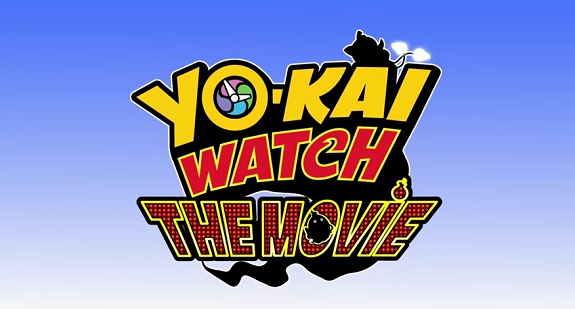 The English-dubbed version of the first Yo-kai Watch movie will get a theatrical release in North America (in partnership with ELEVEN ARTS and Fathom Events), but only at select theatres (300 of them)… and for one day only: on October 15th. Tickets are now available for purchase at select theatres, and the list of participating theatres will be available on this page from September 16th.

Fans who attend this event will also get a limited-edition Hovernyan Yo-motion Yo-kai Medal, which can be used with:

Some details about Yo-kai Watch The Movie: Nate Adams, Whisper, and Jibanyan are transported to the past. There, they have to help Nate’s grandfather, Nathaniel, battle evil Yo-kai and invent the Yo-kai Watch. The movie introduces a new Yo-kai called Hovernyan (Nathaniel’s friend), who appears in Yo-kai Watch 2: Bony Spirits. / Fleshy Souls.

And here’s the main visual:

Unfortunately, we don’t know if any other country will get a theatrical release for this movie. We also don’t know when it will be released on DVD/Blu-Ray either. If this limited release is successful enough, Level-5 will most likely have one for the second (and maybe even third) movie.

Yo-kai Watch 2 (3DS) comes out on September 30th in North America, October 15th in Australia, and September 2017 in Europe.