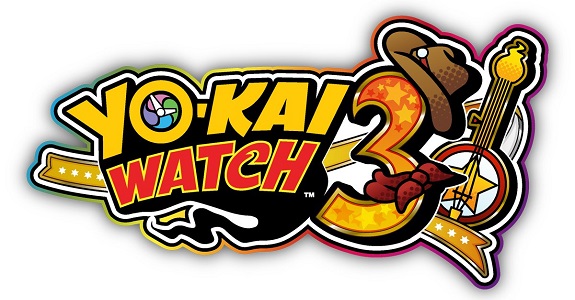 In North America, Yo-kai Watch 3 will be released on February 8th. In Europe, Nintendo didn’t announce a release date and just said that the game will be out this Winter. If Yo-kai Watch Blasters is any indication, the release will be simultaneous in both regions: that game was also not given a precise release date for Europe when it was announced, yet it ended up releasing on the same day as North America.

Nintendo doesn’t provide many details about the game, other than it will feature lots of new locals and characters, but also a brand new battle-system. Make sure to check out our posts about the Japanese release for more details!

In Japan, the game was first released in two versions (Sushi and Tempura), with a third version released a few months later (Sukiyaki). However, it’s not clear whether there will be several versions in Europe and North America just yet. The game also received several major updates after launch, but we don’t know if/when those will be released, and whether they will be included right from the getgo or not.

With this new release, Europe and North America will have finally caught up with mainline Yo-kai Watch games, since it’s looking increasingly unlikely Yo-kai Watch 4 will be released this year in Japan. Unfortunately, it’s not clear whether the second Yo-kai Watch Blasters game (released last year in Japan) will be localised, and it looks like Yo-kai Sangokushi is going to remain stuck in Japan…

Yo-kai Watch 3 (3DS) comes out on February 8th in North America, and this Winter in Europe. The Upcoming Games page has been updated!