Nintendo has uploaded the full recording of the presentation. You can find it below!

Xenoblade Chronicles X comes out next week in Japan (on April 29th), but Nintendo hasn’t talked too much about the game outside some Nintendo Direct presentations. That being said, it looks like the company didn’t want to wait until E3, in June, before showing more about this open-world RPG by Monolith Software.

This Xenoblade Chronicles X video showcase will be streamed live today at: 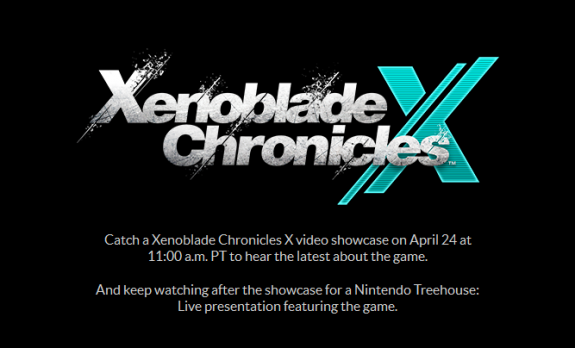