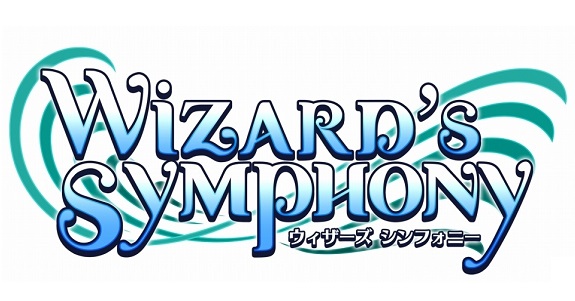 A few weeks ago, Arc System Works announced Wizard Symphony for the Nintendo Switch. It’s a Dungeon RPG from the Wizard’s Harmony “series”, which hasn’t seen a new entry in over 20 years.

This game takes place 20 years after Wizard’s Harmony, in a world of swords and magic, where adventurers can be found aplenty as the result of the development of said swords and magic (instead of science).

This led to the sudden emergence of a business centered around those very adventurers. In fact, the protagonist (named Alto) is a Conductor: the name given to ruins tour guides, a profession that was born from the “adventurers bubble”.

The story takes places in the city of Kazan, where traces of the magical King of Guranka can be found. This mysterious Kingdom was completely destroyed overnight, 1000 years ago.

As mentioned above, Wizard’s Symphony is a Dungeon RPG, where you set up parties to go explore dungeons. Battles are, unsurprisingly, turn-based, with the usual commands to perform actions: attacking, using magic or items, etc.. While exploring dungeons, the characters will sometime have things to say about the situation they’re in, allowing you to enjoy various conversations between the various party members.

Wizard’s Symphony tells a tale of swords and magic, set in a fantasy word, and filled with many comical situations and serious developments. Also, the game happens to be fully voiced, and features various illustrations by moo.

Finally, the Harmonics system from Wizard’s Harmony is back. The affinity between two characters evolves throughout the game, and has an impact on battles. What’s more, each character has its own Unique Skill. How you decide to grow your characters will determine how hard a dungeon will be to explore.

Wizard’s Symphony (Switch) comes out later this year in Japan.