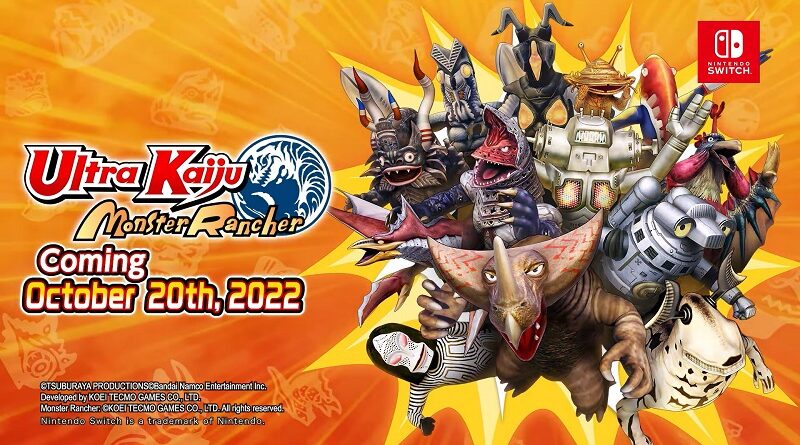 Ultra Kaiju Monster Rancher is the latest entry in the Monster Rancher series, and it comes out on October 20th in North America and Japan. Just like previous games, it features some unique ways to generate monsters (or in this case, Kaiju).

Past games allowed players to generate monsters by inserting music CDs in their consoles, but naturally, this isn’t possible on Nintendo Switch. This feature has been replaced by a CD database, where you can search for CDs and use them to generate monsters with different abilities. Unfortunately, this particular feature will not be present in the western version of the game (at least, not in the Americas).

The two ways players will be able to generate monsters / kajiu in the western version of the game are:

The latest video for Ultra Kaiju Monster Rancher showcases the second feature: Keywords. By heading to the Altar and entering two keywords (a Main keyword and a Sub keyword), you can generate different Kaiju with abilities based off your choices.

Here’s the video of that feature in action:

Ultra Kaiju Monster Rancher (Switch) comes out on October 20th in North America and Japan. No release date for Europe yet.