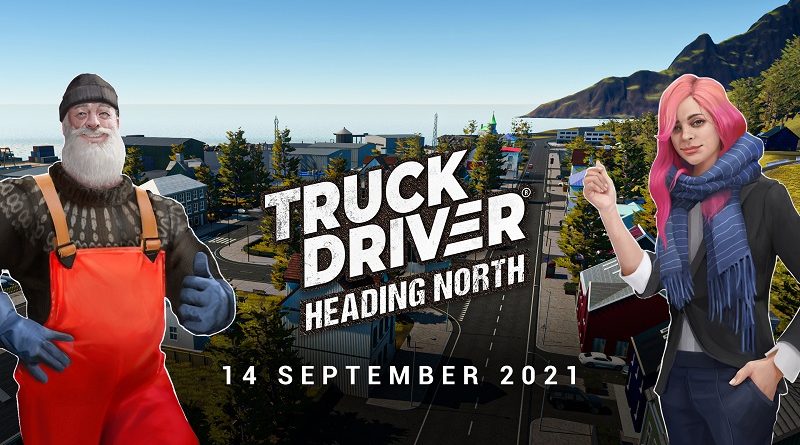 Update: Soedesco have announced that the Heading North expansion has been delayed to September 30th so as to allow the developers more time to further improve and polish it.

Last month, Soedesco announced that Truck Driver is to get some additional content with the Heading North expansion. It was initially announced for a September release, which is why it’s hardly a surprise that the actual release date has been set to September 14th (unless a last-minute comes ruins the party!).

Here’s a trailer for the expansion, showcasing its gameplay:

The new gameplay trailer that was dropped today shows several things that are new to the trucking experience. Next to the already teased scenery in the previous map teaser that has been shown, this trailer shows new types of cargo, like a giant fish bone statue, generators and new types of construction materials. The trailer also shows that players can now go off-road anywhere they like, which isn’t possible in most trucking games currently out there. Finally, the trailer also shows a shot of an AI truck passing by, which means that at least in this new map, AI trucks will be present next to the existing AI vehicle models.

And here’s some details and the list of key features for the expansion: