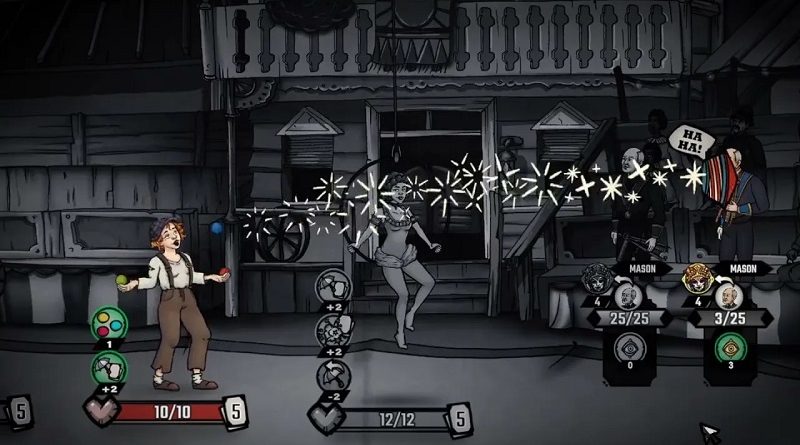 Klabater have announced that The Amazing American Circus, a Gilded Age America-themed deck builder game developed by Juggler Games, will be released on September 16th in Europe and North America.

Build your deck, explore Gilded Age America, and amaze your audience to become the tycoon of a circus empire the likes of which the world has never seen! With a strong catalogue of sims and strategy games under their belts, Klabater and Juggler Games have added deck building into the mix. Their new blend of a Slay the Spire-style card game with tycoon and simulation mechanics means strategic thinking and careful resource management are essential to your success in becoming America’s greatest showman.

Welcome to Gilded Age America – an iconic era during the dying days of the Wild West when weird and wonderful troupes of circus performers amazed crowds across the continental United States. But times are changing, and as civilization closes in, it could be the last chance for your run-down circus to flourish! Discover Weird America where history mingles with magical realism and ethnic folklore. Meet mythical creatures such as the Wendigo and BigFoot. Encounter historical figures including Susan B. Anthony, Nikola Tesla, and Queen Victoria. Play your cards right and you might be able seize the crown of greatest showman from P.T. Barnum himself

Manage your entire camp, put on performances and expand your circus. But beware – the public will be jaded, fickle and extremely bored – amazing them will be no easy feat! But with over 15 types of circus artists to recruit and train, over 100 modifications to make to your circus caravan, and 4 vast regions of the US to traverse, you have all the cards you need to build a winning deck and put their jaws on the floor. Nevertheless, remember to strategise and gauge the mood of the crowd before playing your hand; a single card could provoke cheers or jeers.

The Amazing American Circus (Switch – eShop) comes out on September 16th in Europe and North America.