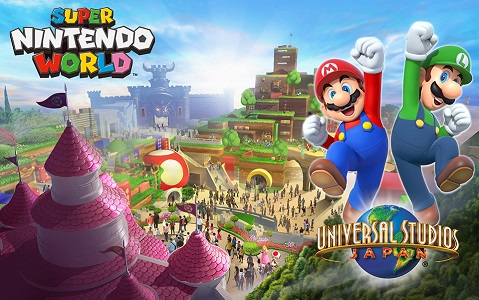 Back in December, Nintendo formally announced Super Nintendo World: the Nintendo-themed areas coming to the Universal theme parks in Japan and the United States. There’s still very little we know about them (including the kind of attractions to be found there), just that the one in Japan (Osaka, to be more precise) will open sometime before the Tokyo 2020 Olympics.

But it looks like we’re bound to get some sort of news in the near future. Earlier today, some pictures from Universal Studios Japan found their way on the internet, and show the building of a special stage for some sort of event. To be more precise, that event is the Groundbreaking Ceremony, which celebrates the first day of construction.

Here’s the various pictures shared on Twitter by various users:

Right now, we don’t know when that Grounbreaking Ceremony for the Super Nintendo World @ Universal Studios Japan is going to take place, but since the stage is currently being built, it’s most likely a matter of days. With E3 2017 starting next week, it definitely wouldn’t be surprising if we heard something there.

Hopefully, Nintendo and Universal Parks & Resorts will use that Groundbreaking Ceremony to share more details about the attractions to be featured at the Super Nintendo World!

Thanks kubus for the heads up!