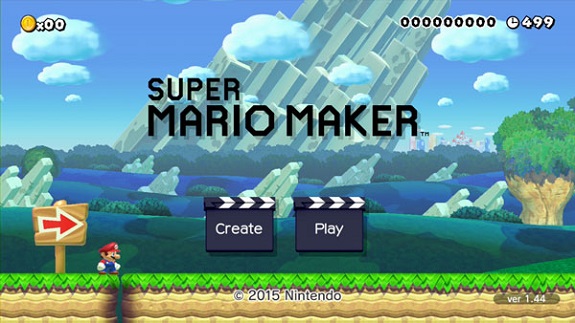 Back in May, Nintendo released a new update for Super Mario Maker, adding some new elements (including a new difficulty level for the difficulty filter), but nothing really groundbreaking. And today, more than two months later, Nintendo has released one more update for the game.

Unfortunately, since this update wasn’t announced beforehand, it’s no surprise that it doesn’t include significant new features such as new course elements, for example. It does includes the usual changes/improvements (including one impacting the infamous gnats/flies), but nothing really major. Of course, there’s also the usual “enhancements to improve the user’s experience and enjoyment”!

This update requires 377MB of free space on your Wii U or external HDD, and needs to be downloaded before you can use the online features of the game. To download it, you have two options:

To check that you have the latest version of Super Mario Maker, simply launch the game. You should see “Ver. 1.44” in the bottom right corner of the screen: