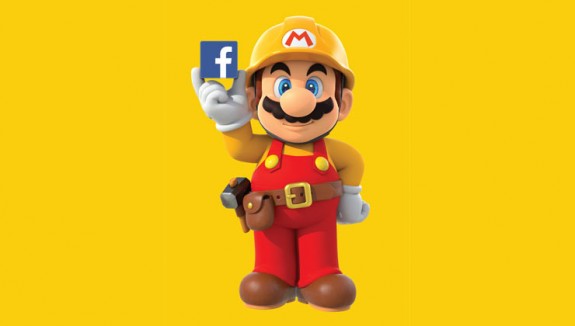 On July 28th and 29th, a Super Mario Maker Hackathon event was held at the Facebook headquarters. Employees were tasked with creating a level, and the best one will be added to the game via a free download after launch. When it was announced, Nintendo promised that videos about the event would be uploaded, and which is exactly what the company did yesterday: the first episode is now available on YouTube!

Here’s the first episode of the series of videos about the Super Mario Maker Hackathon at Facebook, called “Play + Create”:

Head after the break for another video from IGN, and more!

In the latest video from IGN, Zach Ryan tries to beat a level which features an unscalable mountain… will he manage to reach the top?

Next, we have some good news for fans of one of the most “unique” characters from the Nintendo Universe… Tingle! Apparently, he will have his own costume in Super Mario Maker, if that post on Miiverse is to be believed. Unfortunately, we do not have any more details about this specific costume…

Finally, here’s a screenshot posted by Nintendo on Twitter:

Super Mario Maker (Wii U) comes out on September 10th in Japan, and September 11th in Europe and North America.