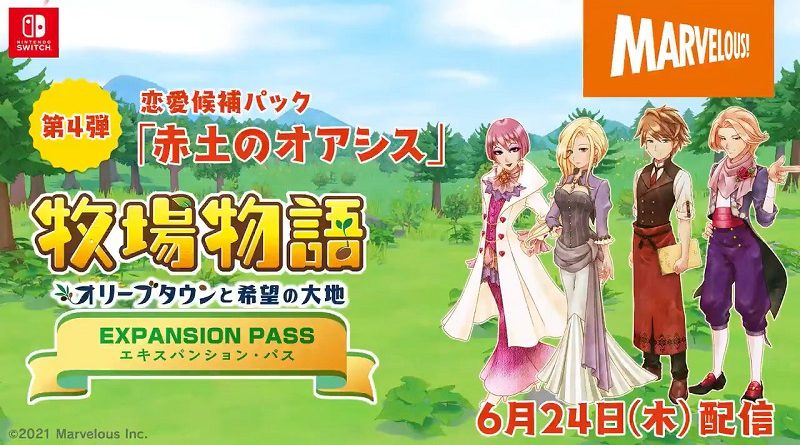 Update 1: the Terracotta Oasis Expansion Pack for Story of Seasons: Pioneers of Olive Town is now available in Europe and North America!

Ever since launch, Marvelous have released several pieces of DLC for Story of Seasons: Pioneers of Olive Town, including new areas featuring new characters and costumes for your characters and the bachelors/bachelorettes. And today, they have announced that the next set of DLC will be released on June 24th in Japan.

Here’s a video showcasing the new area and the returning characters:

And here’s a video showcasing one of the two returning marriage candidates… Iris!

Finally, here’s the video showcasing the other marriage candidate introduced with this piece of DLC… Raeger!

Like the other pieces of DLC, the Terracotta Oasis Expansion Pack is included in the Season Pass, and it will be released on June 24th in Japan. It should be released by the end of the month in Europe and North America, since it was initially announced for a June release in those regions, but as of writing, XSEED/Marvelous haven’t confirmed it yet (we’ll make sure to update this post when we do get an announcement!).