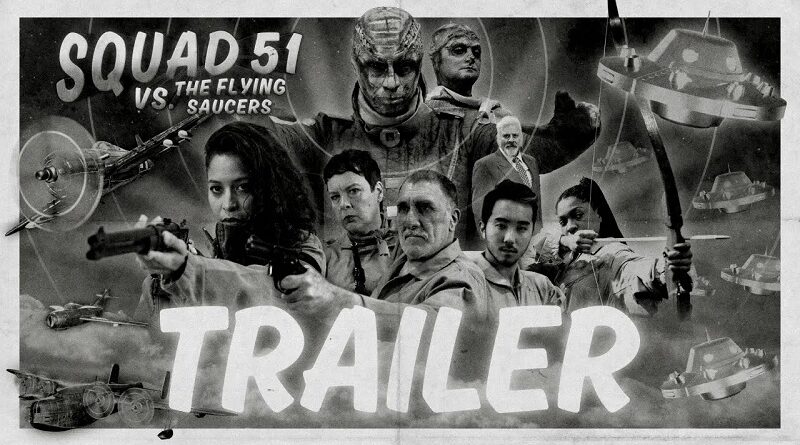 Previously known as Squadron 51, Squad 51 vs. The Flying Saucers is a fast-paced 2D shooter where you get to face off against a bunch of invading aliens. It features striking black and white aesthetics, FMV sequences and voice acting, with the whole package being quite reminiscent of classic alien movies from the 1950s.

Gameplay-wise, the game offers 11 levels, served with a dynamic difficulty system that should allow for just about anyone (from complete newbies to shoot ’em up veterans) to have fun blasting aliens with their aircraft.

And today, WhisperGames have announced that Squad 51 vs. The Flying Saucers will launch this Fall in Europe and North America.

And here’s the latest set of details and the list of key features:

Travel through the 50s with Lieutenant Kaya and her team to face off against aliens, flying saucers, and brutal boss battles as the future hangs in the balance.

A group of extraterrestrials called the Vega Corporation one day visit earth to provide unlimited resources to earth to help the human race endure. When the darker side of the corporation rises to the surface and an uprising begins, Lieutenant Kaya and the rest of the squadron band together to stop Vega and its ruthless leader Director Zarog. Experience the story unfold through live-action cutscenes and dubbed voice overs in black and white.

Ascend through over 11 levels ranging from snowy mountains, busy cityscapes, and dense forests to defeat waves of alien ships. Face an onslaught of enemy ships around every corner, with difficulty settings to choose from so every rookie or veteran pilot can fly. Not ready to take on those pesky aliens by yourself? Invite a second player to enter levels at anytime and earn points together to unlock new weapons and upgrades.

Squad 51 vs. The Flying Saucers (Switch – eShop) does not have a release date yet, but is slated for a Fall 2022 release in Europe and North America.