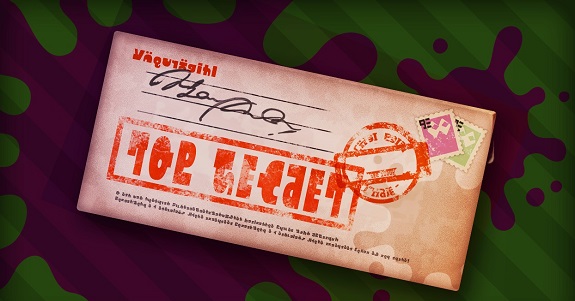 In the reveal trailer for Splatoon 2, there was rather intriguing segment, where we could see Marie on her own, looking rather sad. This led many fans to wonder what happened to Callie, and why she wasn’t in the trailer along with her cousin. And it looks like this is actually going to be part of Splatoon 2’s story, in some way.

It turns out that the final Splatfest for Splatoon, that pitted Marie vs Callie, did have some rather unforeseen consequences. What exactly happened to Callie after the Splatfest? Was the bond between the two cousins really shattered by Marie’s victory? You can read the Squid Sisters Stories on the game’s official website to find out!

Nine months have passed since the final Splatfest came to an end, where we saw the showdown of Callie versus Marie ended in victory for Marie.

We heard that there was no ill will between the two as they left the studio arm in arm, smiling and laughing. That the bond between them would continue, unbroken, for years to come.

However, our researchers discovered that this may not have been completely true…

It looks like every week, the Squid Research Lab is going to publish a new part of their report on the aftermath of the very last Splatfest for the original Splatoon.

Here’s all the parts available so far:

Splatoon 2 (Switch) will be released on July 21st worldwide.