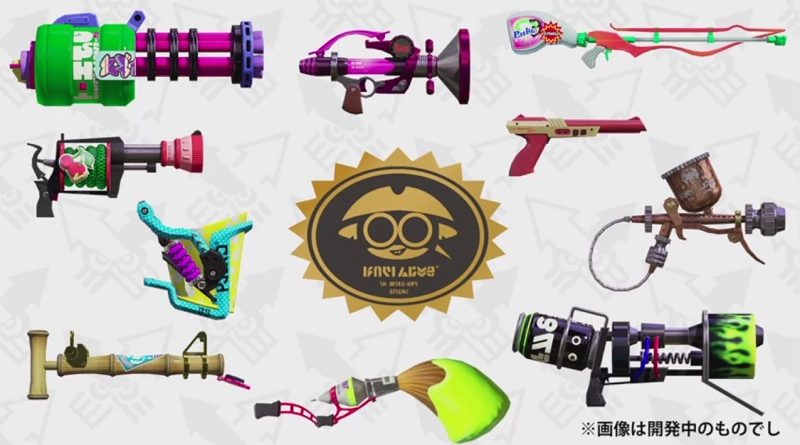 Today, during the finals of the Splatoon Koshien 2019 tournament, the head of the Squid Research Lab made a couple of announcements for Splatoon 2.

As you’re probably already aware, Nintendo is officially done with new content for Splatoon 2: the last map was added in November, and the latest sets of weapons were added in December. But it turns out that it’s not quite over: just like for the original Splatoon, the developers have prepared a little extras for players.

Soon, players will be able to get their hands on an extra set of weapons, as part of the Sheldon’s Picks brand. Here’s what they look like: 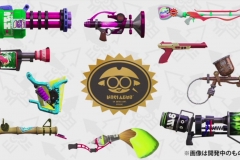 More details about those weapons (including when they will be released) will be shared at a later date.

But that’s not all! Players who are yet to discover the joys of Splatting each others will be able to try the game thanks to a special demo. That demo will let you try out various game modes (regular matches, Salmon Run, etc.), and will let you play with players on the full version. It turns out you can even transfer your data to the full version of the game, if you ever decide to get it.

However, there’s a catch: the demo will only be available for a limited time from March 26th to April 1st specifically. And don’t worry if you don’t have a Nintendo Switch Online sub: Nintendo will have a free trial offer at the same time as the demo.

More details about that demo will be shared at a later date! 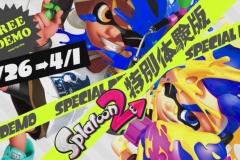 Finally, an update with more than just game balance adjustments and bug fixes is in the works, but we don’t know what it will be about or when it will be released.

Here’s the recording of the livestream for the finals of the Splatoon Koshien 2019 tournament: