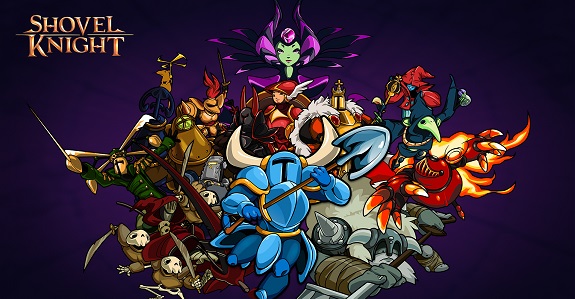 About the Specter of Torment expansion, Sean Valesco makes it pretty clear it’s not just a mere piece of DLC: it’s basically a brand new game:

Specter of Torment is a prequel to Shovel Knight with new gameplay, story, music, levels, and more. It takes everything we learned on Shovel Knight and polishes it to a mirror sheen. It’s not a tacked-on DLC, it really is like a whole new game. And it’s just so fun to be a cool grim reaper!

A few months ago, it was revealed that the very Shovel Knight would be making a cameo appearance in Yooka-Laylee, another game that was successfully funded on Kickstarter. And Kickstarter seems to be the reason why the collaboration came to be, with Playtonic Games reaching out to Yacht Club Games:

Playtonic and Yacht Club Games both did Kickstarters, and I think that’s how we met. Kickstarter campaigns are always trying to reach out to one another for help, or pay it forward if we succeed. I think they suggested the idea of a crossover, and we were delighted to oblige. We even created a 3D model for Shovel Knight for this very purpose!

Finally, if you’re wondering what the next project is supposed to be working this year is like, rest assured that whatever it ends up being, it will pretty much feel like a Yacht Club Games:

It will probably be something that is very different than Shovel Knight, but still retains our distinctive Yacht Club Flavor. Nintendo made Mario, Zelda, and Metroid, but they are all distinctly Nintendo. I’d love to make another franchise that people love even more than Shovel Knight!