Earlier today, Famitsu magazine revealed that Arc System Works was working on Downtown Nekketsu Monogatari SP (River City Ransom SP) for the Nintendo 3DS. Thanks to the usual leaks, we already have some details about the game, which will be released on April 28th in Japan (it will cost 4 500 Yen). We learn that the game isn’t quite a remake, and more like a “renewal” (at least, that’s how Famitsu describes it).

River City Ransom SP will feature new events, areas, moves, and combos, along with new gameplay systems. Overall, the game is said to be meatier than the original. Development is progressing well: it’s 65% complete according to the developers. 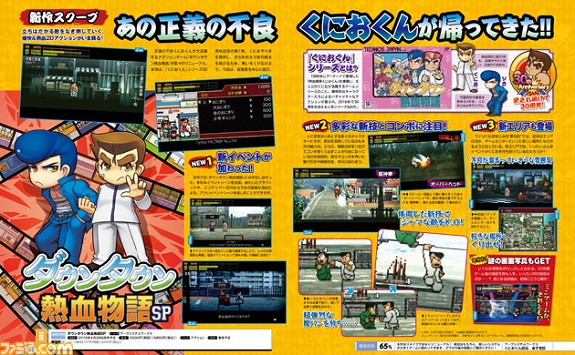 We should get more details and the first screenshots/artworks within the next few days!