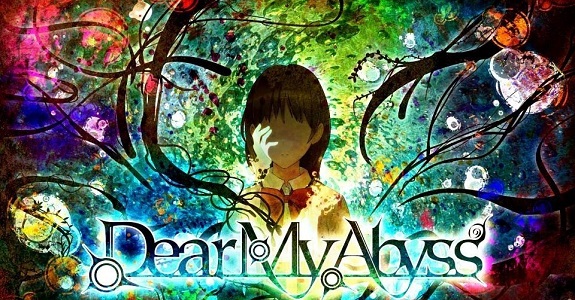 Back in October, Regista announced that they were now approved developers on Nintendo Switch, and that they had begun working on new games and ports for the platform. Today, the company revealed that their very first Nintendo Switch release would be a port of Dear My Abyss (a multi-ending suspense adventure game / visual novel, originally released on PC).

Here’s what the story is all about: one day, Subaru Asato (a seemingly normal high school girl) receives a mysterious package from an unknown sender. Inside, there’s a book without a title, and a letter that says “You cannot cut or burn this book”. But when Subaru invites two friends to her place, and tries to burn the book, they find out that the person who sent the package lied: the book can be burned.

The next day, when Subaru wakes up, she immediately notices the book she and her friends burnt the previous day is actually sitting by her bedside, as if it had never been burned. At first, she has a bad feeling about this strange phenomenon, but comes to the conclusion that it must have a been a prank by one of her friends.

But it wasn’t a prank. From that day onwards, strange things start happening around Subaru and her friends: a suspicious person wearing tattered yellow clothes, appearing on the roof of her highschool… a mysterious transfer student, Ruu Kuzu, looking for the mysterious book… a voice in her dream that offers to make her wishes come true… a gentle teacher that changes completely, and starts scolding students…

All those strange phenomenons have a common source: the book that burned on that day.

Here’s the main characters of Dear My Abyss:

Dear My Abyss (Switch – eShop) will be released in Early 2018 in Japan, and will cost 972 Yen. The Upcoming Games page has been updated!