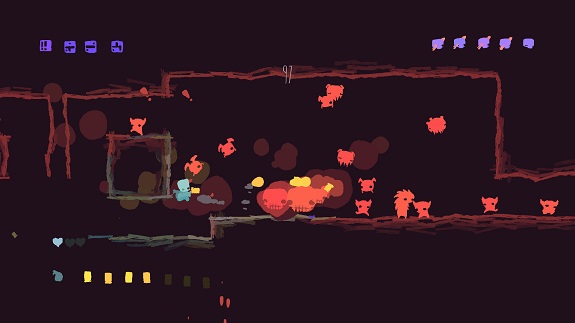 GoNNER is is a ‘tough as hell score-based procedurally-generated platformer with roguelike elements’ (now that’s a mouthful!), which features a story about friendship between Ikk, Death, and a space whale named Sally. According to the developers, the game is extremely hard, and you’d better prepare yourself to die a lot (though never due to something unfair).

Here’s the trailer and some screenshots for GoNNER:

Kingdom is a “2D sidescrolling strategy/resource management hybrid with a minimalist feel wrapped in a beautiful, modern pixel art aesthetic”. Here’s a trailer, to give you an idea of what the game is like: