Nowadays, puzzle games getting a retail releases have become quite rare. Puzzle & Dragons is one of those, with a special bundle including Puzzle & Dragons Z + Puzzle & Dragons Super Mario Bros. Edition, coming out in May in Europe and North America. And today, Nintendo has confirmed that the game would have a rather nice price point in North America, where it will only cost 29.99$ both at retail and on the Nintendo eShop. 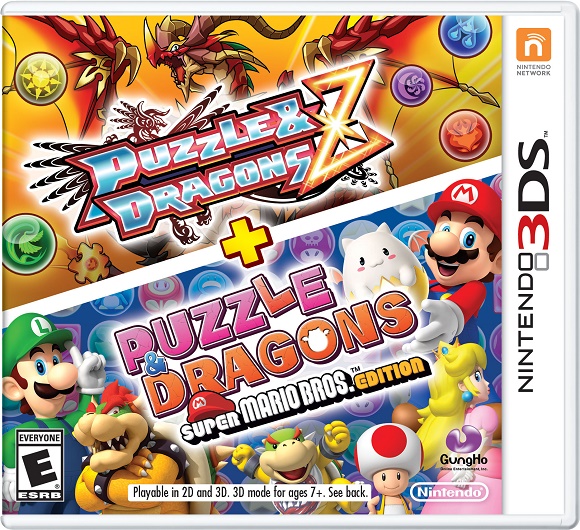 As for Puzzle & Dragons Z, it includes over 250 different monsters that you can collect and battle. You can even hatch them from eggs that you get by defeating enemies. Using chips, monsters can evolve and gain new skills, better stats, a higher level cap and more.

Puzzle & Dragons Super Mario Bros. Edition (3DS) comes out on April 29th in Japan. In the west, it will be included in a bundle with Puzzle & Dragons Z, coming out on May 22nd in North America.