The latest issue of Famitsu magazine (to be released later today in Japan) reveals that the Galarian Ponyta (discovered during the special livestream last week) can only be found in Pokémon Shield. Its Ability is Pastel Veil, which is pretty convenient: it prevents the Poison status for both Galarian Ponyta and other ally Pokémon, and it also heals any ally Pokémon already poisoned when they’re switched in.

Here’s the scan from Famitsu magazine: 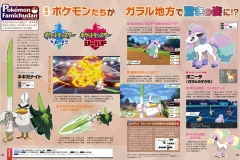 Also, the special coverage for the game on Game Informer is still ongoing. Here’s the latest articles/videos:

Niantic have shared their usual recap for the Pokémon GO Safari Zone event in New Taipei City, which was held last week. Click here to check it out!

Here’s some pictures of the latest A Day With Pikachu figure, called Completely Thank-Full, releasing later this month via the Pokémon Center Online website: 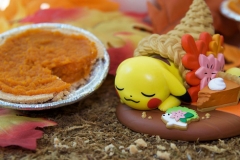 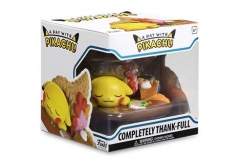 And here’s a video and some pictures of a special Pokémon watch releasing on November 8th in Japan (price: 13 000 Yen):