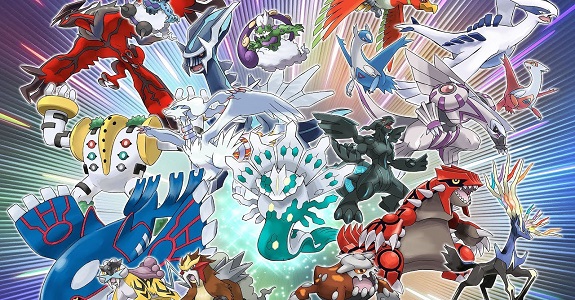 Yesterday, The Pokémon Company shared details about the latest distribution from the Year of Legendary Pokémon. In June, you will be able to get Shiny Zygarde from GameStop / EB Games Stores in the United States and Canada, and from the Nintendo Network in Europe and Australia / New Zealand. You can find more details on this page.

Here’s the usual promo video for this distribution:

Today, the latest Official Group Match for Pokkén Tournament was announced. Here’s all you need to know about it:

The latest Gym Cup event is the Fire Gym Cup, and it went live today. Here’s all you need to know about it:

And here’s a video introducing the Arcanine figure (EX):

As usual, you can find more details about the various Pokémon distributions on this page!

Today, battles for the latest Battle Competition for Pokémon Ultra Sun and Ultra Moon went live. It’s called the Ultra No Holds Barred, and here’s all you need to know about it:

Today, a brand new update for Magikarp Jump was released. Unfortunately, this first update in months doesn’t bring anything exciting… in fact, it actually removes something: the ranking feature, due to Facebook discontinuing their ranking services.

As usual, you can find more details about the various Software updates for Magikarp Jump on this page!

Here’s the preview for the next episode of the Pokémon Sun and Moon anime series, airing on May 31st in Japan:

Here’s the latest music video from The Pokémon Company in Japan, which happens to be Kaiju-themed this time around: