The Pokémon Company have announced the ruleset for Series 4 of Ranked Battles in Pokémon Sword and Shield. Here’s all you need to know:

If you want to train using that ruleset, you can download the rules from the Battle Stadium.

Here’s a short promo video for the Abra Community Day, which takes place on April 25th:

Niantic have announced that the make-up Go Battle Day: Marill event for Europe will take place on April 26th. It will feature Marill as reward encounter. And on the same day, two additional Go Battle League sets will be available worldwide. 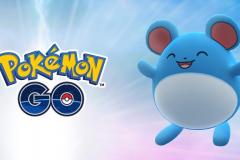 The Pokémon Company have announced that, in light of the Covid-19 pandemic, the Pokémon Japan Championships 2020 have been cancelled. They were originally supposed to take place on June 27th and June 28th, but in order to ensure the health and safety of all parties involved, they have been cancelled altogehter (just like all the other official Pokémon events worldwide, including the Pokémon World Championships 2020).

Despite that cancellation, the 2020 International Challenge May Online Competition in Pokémon Sword and Shield will be held as scheduled. Of course, players will not be able to earn any Championships Points if they take part.