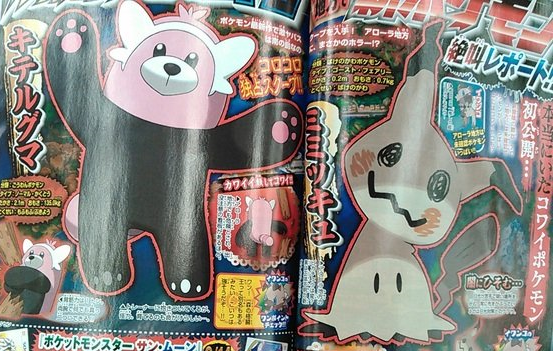 On Friday, the latest issue of CoroCoro magazine will be released in Japan. Naturally, there will be an article about Pokémon Sun and Moon in there, with new elements revealed (Pokémon, etc.). And today, the very first scan leaked on the internet, allowing us to discover two brand new Pokémon.

The two new Pokémon are: