Today, Bandai-Namco announced that a brand new fighter for Pokkén Tournament would be revealed on January 15th (that’s next Friday). Unfortunately, the hint they gave isn’t very helpful: it’s a Pokémon with “ra” in its (Japanese) name. The problem with that hint? There’s quite a few Pokémon that meets that criterion! 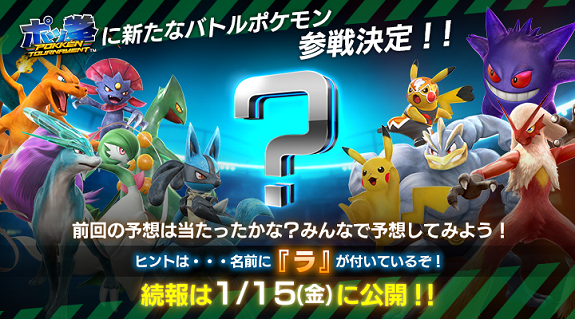 Yesterday, the 2016 International Challenge – January was announced. Here’s the rules:

If you live in Australia and New Zealand, you will soon be able to get Hoopa. The event will run from January 18th to January 26th, at:

Just like other distribution, you will get a serial code from these retailers (to be used in Pokémon X / Y / Omega Ruby / Alpha Sapphire).