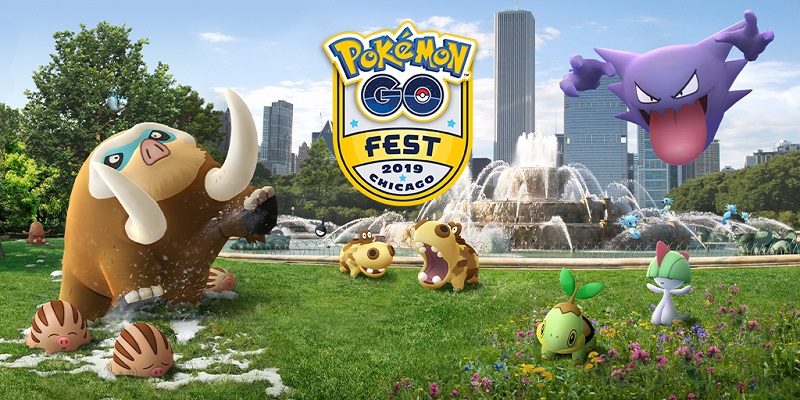 Niantic have shared details about the various real-life event they have planned for the game this Summer, around the world. First, we have no less than 3 GO Fest events taking place:

This year, the GO Fest in Chicago runs 4 days, instead of 2 like last year. It will take place at the Grant Park, where there will be various physical installations, exclusive activities, and more. There will also be more than 300 acres of walking space. Tickets for the event will go on sale through a brand new ticketing system built-in within the Pokémon GO app, later this month. If you’re interested in attending, you will find more details on the official website.

As for the event in Dortmund, it was “promoted” from mere Safari Zone event to full-blown GO Fest event, which will also last 4 days. It will take place at the Westfalenpark. Tickets will go on sale later this Spring. More detaisl can be found on the official website.

But that’s not all: Niantic also announced that “a number of” Safari Zone events will take place during the second half of 2019, with more details to be shared at a later date.

As usual, there will be ways for players who cannot attend those events to participate, via global events. There will be special challenges to work towards a global goal, to unlock special rewards for all players. More details about those will be shared ahead of each event.

Finally, Niantic have shared the data of the 4 next Community Days:

The second Legendary Lunch Hour event will take place on April 10th, from 12PM to 1PM local time. During that time, there will be an increased number of five-star raids featuring Origin Forme Giratina.

Finally, As part of the Bug Out event, which started on Tuesday, Shiny Scyther has started spawning in-game.