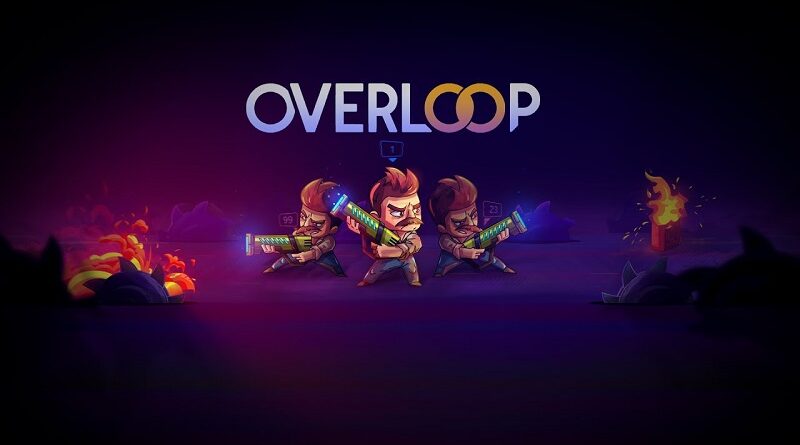 Digerati have just announed yet another game for the Nintendo Switch: Overloop. This one is a dystopian puzzle-platformer, developed by Charge Games (a development duo: George Kobyakov (programmer, game design, artist) and Charles Bardin (narrative design, sound design)). It will be released sometime in Q4 2022 in Europe and North America.

Overloop is a described as a “lighthearted adventure” set in a dark future, and its story revolves around big brain scientists creating a cloning gun (officially called the Quantum Matter Replication Device). Problems ensue when their profit-hungry paymasters decide to sell this dangerous creation to the masses.

The soundtrack, composed by Charles Bardin, is already available on Bandcamp.

Here’s the reveal trailer for the game:

And here’s some more details and the list of key features:

Overloop is a puzzle-platformer set in a dystopian world. Step into an ethically compromised future where cloning technology has wreaked havoc on humanity – and it’s sort of all YOUR fault! As an employee of nefarious megacorp, Infinity Inc., and the inventor of its Quantic Matter Replication Device (aka the QMRD, aka the cause of the world going to hell in a handbasket), it’s up to you to sort out the mess you helped create. Grab your cloning gun and hot-foot it through a world descending into clone-induced chaos. Create clones of yourself and use them to solve puzzles and save humanity. Get to it genius!

Overloop (Switch – eShop) does not have a release date yet, but is slated for a Q4 2022 release in Europe and North America.