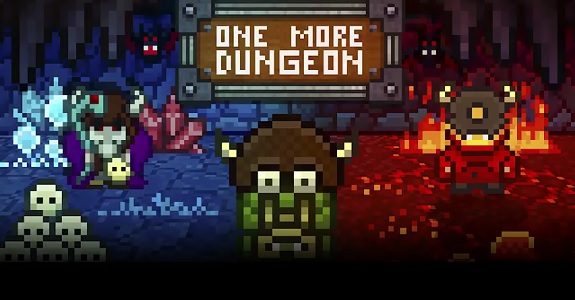 Ratalaika Games already has several games on the Nintendo Switch (either released like I and Me, or simply announced like The Count Lucanor and League of Evil), and it looks like they still have some more. Today, they announced they would be porting One More Dungeon, a retro/FPS game by Stately Snail.

One More Dungeon is described as a FPS roguelike, with procedurally generated levels, and pixel-art graphics. You get to play as a nameless adventurer, trying to reach the final level of a dungeon. Naturally, that level is located deep within the dungeon, not near the entrance, and there will be tons of enemies to fight using melee wapons, magic staffs, and even antique artefact, to reach it.

Your goal? Destroy the obelisks used by the forces of Evil to invade the world.

One More Dungeon (Switch – eShop) does not have a release date yet. The Upcoming Games page has been updated!