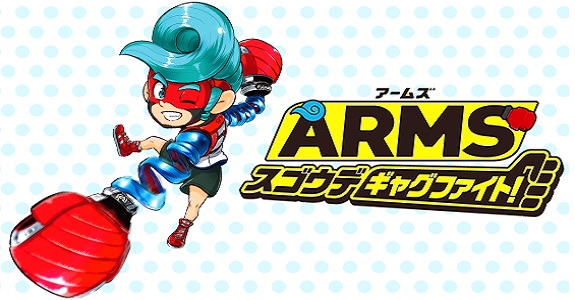 Following the success of Splatoon, CoroCoro decided to launch a gag manga based on the game, which has been running in the magazine for a while now… There’s even an “animated” version of that manga available on YouTube, that you can find in this post. And it looks like this isn’t the only Nintendo IP CoroCoro is interested, as it was announced today that ARMS was also getting a manga in the magazine!

In the next issue (October 2017, releasing on September 15th), a 4-koma manga based on ARMS will debut. It’s called ARMS: Sugo Ude Gag Fighter (lit. ARMS: Awesome Arms Gag Fighter), and appearently has Spring Man as the protagonist, though Ribbon Girl also seems to be a prominent character.

If you’re interested, you can check out the first four pages of the manga, available on the official website of the magazine: click here! Naturally, it’s only available in Japanese (it’s a Japanese magazine after all, and aimed at kids to boot).