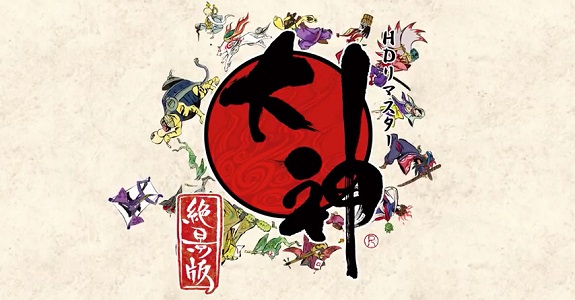 Originally released back in 2006, Okami is now headed to the Nintendo Switch as Okami HD. This version of the game offers updated, HD graphics, that really bring to life the unique Sumi-e art style the game is known for. It will be released this Summer worldwide, though only via the Nintendo eShop… no retail release, it seems!

This Nintendo Switch version of the game doesn’t offer any extra content, but does feature special unique schemes for the Celestial Brush (which is used in battle, and in puzzle solving):

If you’ve never heard of Okami before, here’s what the game is all about:

Art meets action and puzzle solving in Ōkami HD, where players must use a combination of magic abilities, clever attacks, an arsenal of items and Celestial Brush techniques to restore life and color to the land of Nippon. In the game, players take on the role of Amaterasu, the Japanese sun goddess who inhabits the form of a legendary white wolf Shiranui on a quest to defeat Orochi, an eight-headed demon and tyrannical monster responsible for turning the world into a ruined wasteland. A cast of colorful allies appear to help Amaterasu defeat foes and rid the land of Orochi’s curse.

Finally, here’s a couple of videos for the game:

Okami HD (Switch – eShop) comes out this Summer worldwide. The Upcoming Games page has been updated!