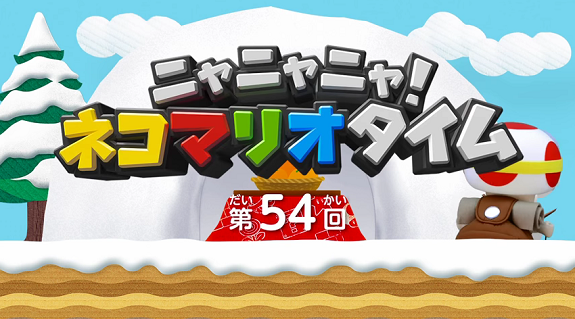 First, Cat Mario and Cat Peach introduces the sequel to Box Boy!, released last week in Japan: Hako Boy! Mou Hito Hako / Box Boy! Another Box. For more details about the game, along with a trailer and some screenshots, please click here!

The Way to the Dr. Squid – Splatoon

In this segment, Cat Mario showcases the various strages in Splatoon. There’s 15 of them in total, and he focused on the following:

During this third segment, Cat Mario and Cat Peach introduce several games available on the Nintendo eShop of the Nintendo 3DS, and which are playable via the touchscreen:

Finally, the episode ended with a showcase of Bars created in Animal Crossing: Happy Home Designer.