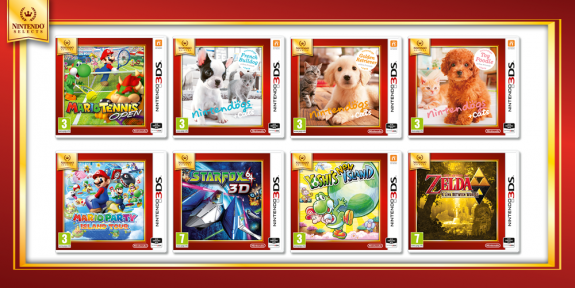 Nintendo Selects is the name of Nintendo’s range of “budget price” titles on Wii, with several classics sold brand new at a much lower price than when they launched. Good news for players trying to get some portable fun on the cheap: the very first batch of Nintendo 3DS titles will join the Nintendo Selects range on October 16th in Europe!

Here’s the list of games which will join the Nintendo Selects range on October 16th (according to Nintendo, they sold a combined total of 3.8 million units since launch in Europe):

Here’s the boxart for the Nintendo Selects edition of these games:

Unfortunately, we don’t know if Nintendo of America also plans to add any Nintendo 3DS games to the Nintendo Selects range in North America.