Here’s some more screenshots for Luigi’s Mansion 3, courtesy of Famitsu: 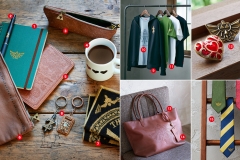 And here’s the North American version of the overview trailer for the game:

Nintendo have revealed another set of merchandise that will be available for purchase at the Nintendo Tokyo Store, next month. This time, we get a look at some The Legend of Zelda merchandise, including a mug with 3 hearts that become red when you put a hot beverage into it!

Here’s a video clip of the mug:

Here’s the latest promo video for the Nintendo Switch, showcasing The Legend of Zelda: Link’s Awakening and Luigi’s Mansion 3:

Here’s the preview video for the latest Summon Showcase in Dragalia Lost, The Stirring Shadows (Part One), which goes live on October 31st: