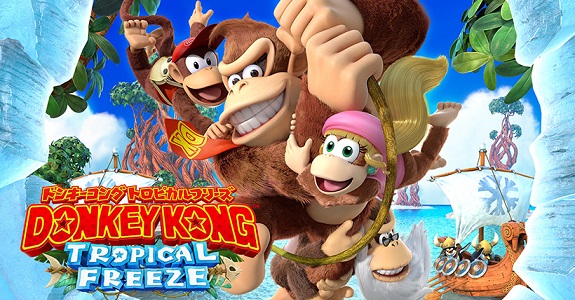 As part of the collaboration with JAMSTEC, the Chikyuu (a Japanese scientific drilling ship) has begun appearing in the Manta Maria stage, in Splatoon 2. This deep sea exploration vessel can drill up to seven kilometers below the seabed, which is roughly twice the elevation of Mt. Fuji (3 776.24m).

Here’s some pictures of the Chikyuu in-game, and in real life:

Also, did you miss the finals of the Splatoon European Championship, last week? If yes, you can of course watch the full recording on YouTube, but if you’re only interested in the grand final, you can check out the following recording:

Last month, Kosuke Yabuki was at the Game Developer Conference, where he talked about he and his team came up with such a unique fighting game as ARMS. The presentation wasn’t livestreamed, but it was recorded, and that recording is now available officially on YouTube. If you’re interested in ARMS (you probably wouldn’t be reading this if you weren’t!), make sure to take the time to watch it!

In this 2018 GDC session, Nintendo’s Kosuke Yabuki talk about the challenges of creating ARMS, a genre-bending fighting game for a brand-new platform. What lessons can a kart-racer offer a brawler that has players throwing corkscrew punches like tennis players volleying missiles? How do you ensure function follows form, using the Nintendo Switch system’s motion controls in ways that feel as natural and responsive as tapping buttons? And what’s the story behind a world where protagonists’ fists come unglued from their forearms anyway?